Visual information processing begins in the retina by detection of visible light. However, because of the center-surround receptive field organization of the retinal ganglion cells, the output of retina is not a faithful reproduction of light that reaches the eye from the external world. Instead, it is mostly the difference in light intensity between dark and light regions of a visual stimulus, or, in other words, contrasts in light.

Despite the elaborate computation of contrast in the retina, photometric quantities of contrast computed in the retina do not always capture the relevant perceived qualities in the image. For instance, it is well known that perceived contrast of a simple isolated stimulus, such as a grating, is affected by its spatial frequency and background (or mean) luminance, the measure of the intensity of light reflected from a surface, even when its calculated photometric contrast remains the same. However, it is also well known that lightness and luminance do not always covary, instead lightness depends on the context within which the surface is viewed. An example can be seen in Figure 1 that even though two surfaces marked as A and B are equiluminant, because of their respective contexts, the visual system estimates (correctly) that their lightnesses are different . 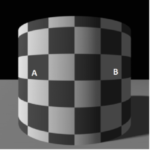 Figure 1. Illusory checkerboard stimulus. “Context squares”, A and B have identical luminance but different lightness.

Considering the discrepancy between luminance and lightness, a new question arises: does perceived contrast of a grating vary with the luminance or lightness of its background? In other words, suppose that we superimpose grating patterns on CSs (Figure 2), what happens to the perceived contrast of those gratings? Does it also affected by context-dependent lightness as it is affected by changes in luminance? 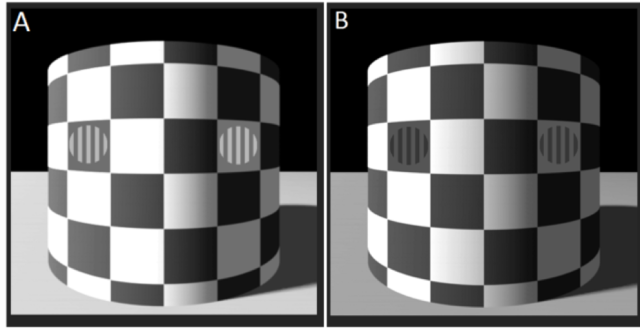 In this study, we have investigated how contrast detection and identification of rectified square-wave gratings is affected by the context-dependent lightness of its background using psychophysical and functional magnetic resonance imaging (fMRI) methodologies. In behavioral experiments, we modeled detection and identification by threshold tasks and appearance tasks, respectively. First, in a series of experiments we measured the contrast appearance of incremental and decremental rectified square-wave gratings superimposed on the CSs. We found that perceived contrast increased with context-dependent lightness of the background for incremental gratings, but not for decremental gratings. More specifically, when identical incremental gratings are superimposed on equiluminant backgrounds, the one on the perceptually lighter background appeared to have higher contrast (Figure 3). 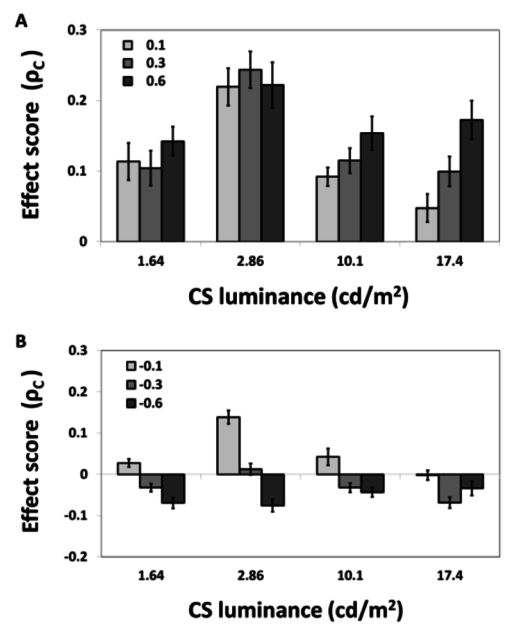 Figure 3. Mean effect scores from the contrast appearance experiment. Brightness of the bars indicate different contrast levels. An effect score of “0” means that there is no difference between perceived contrasts of the gratings superimposed on the right and left CSs. A positive (negative) value means that the absolute value of the perceived contrast of the grating on the lighter CS was greater (less) than that on the darker one. (A) Incremental grating condition. (B) Decremental grating condition. 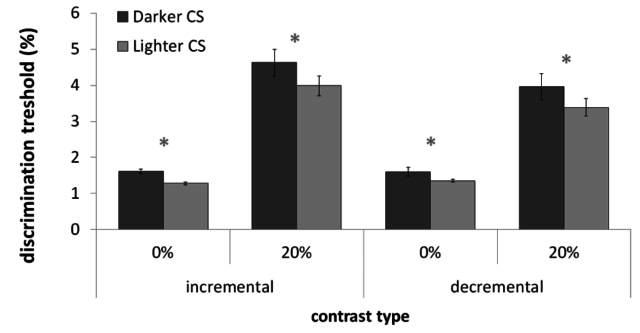 After showing the context-dependent lightness effect both at the detection and identification levels, we conducted fMRI experiments in order to investigate the underlying neural mechanisms. We tested both incremental and decremental contrast patterns and showed that when identical gratings are superimposed on equiluminant backgrounds, the one on the perceptually lighter background elicited higher BOLD activity at all conditions we tested including incremental and decremental patterns. Next, we compared the fMRI activity with behavioral appearance and threshold data. Results showed that both incremental and decremental gratings superimposed on lighter CS elicited higher BOLD signal than those superimposed on darker CS. Therefore, BOLD activity was  not really consistent with the appearance performance. However, the corresponding BOLD activity did not correlate well with the behavioral threshold performance either. Variation in BOLD activity with varying contrast linked well with the detection threshold performance, but it was completely unrelated to the discrimination threshold performance (Figure 5). Recent theories that explains the link between behavioral performance and neural activation of contrast discrimination only take into account the slope of the BOLD change. However, this might be insufficient to explain the contrast processing especially for the situations that the contrast pattern is in context. In addition to the slope of CRF, absolute or perceived values of contrast might also contribute to the contrast thresholds. Therefore, these models should be tested in context, too. 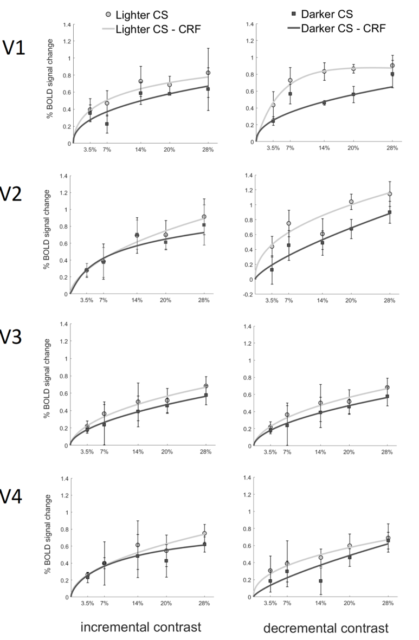 Figure 5. Mean BOLD response amplitude in V1, V2, V3, and V4 as a function of contrast and fitted CRFs to the actual data. BOLD response change tended to be larger for the gratings superimposed on the lighter CS for the most of the conditions we tested in all visual areas. Error bars show +/-1 SEM.