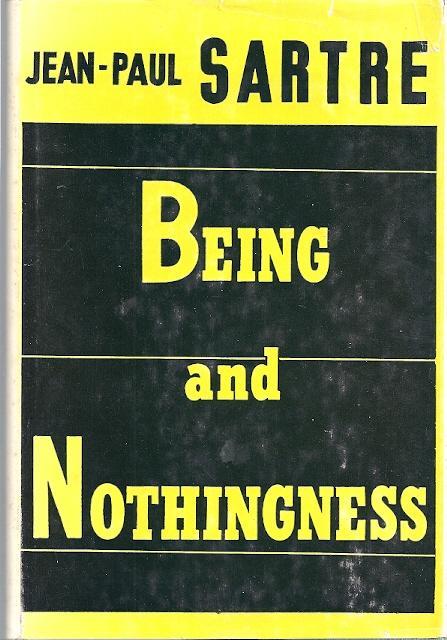 Jean-Paul Sartre was perhaps the most famous philosopher of the twentieth century, being offered the Nobel prize for literature in 1964 (he declined), and Being and Nothingness was perhaps his most famous book. It articulated the key claims of the intellectual movement called “existentialism,” in which he was one of the leading figures. Emphasizing the distinctiveness and importance of the human capacity for freedom and the centrality of the question of the purpose of life, existentialist thought had a widespread influence, with playwrights like Samuel Beckett and directors like Ingmar Bergman working extensively with existentialist themes and ideas.

” […] Whereas a table is a table is a table, humans have no preexisting essence and so define themselves. According to Sartre, existentialists believe that we are all forced to sit for the final exam, ‘What does it mean to be a human being?’ We answer this parent question of life in the ink of our choices and actions.”

“[…] One is never identical with one’s current state but remains responsible for sustaining it. Thus, the claim “that’s just the way I am” would constitute a form of self-deception or bad faith as would all forms of determinism, since both instances involve lying to oneself about the ontological fact of one’s nonself-coincidence and the flight from concomitant responsibility for “choosing” to remain that way.”

Jean-Paul Sartre, “Existentialism is a Humanism.”

Youtube Interview with William Barrett about exisentialism on BBC series, Men of Ideas.

Published July 20, 2015 at 447 × 640 in Being-and-Nothingness-Jean-Paul-Sartre. Both comments and trackbacks are currently closed.