“The Future of Technique”
Ian James, University of Cambridge
Date: Monday, December 9, 2019
Time: 17:40
Place: Library Art Gallery
Abstract:
This paper will give an overview of my recently published book, The Technique of Thought: Nancy, Laruelle, Malabou, and Stiegler After Naturalism (University of Minnesota Press, 2019). It will review the arguments in this book concerning the recasting of the relation between philosophy and science in the work of the four contemporary French thinkers discussed and the implications of this for rethinking or re-orientating the relation of the arts to the sciences. The implications of this reorientation for future developments of critical practice and technique in the arts and humanities will be explored.

Merve Emre is associate professor of English at the University of Oxford. She is the author of Paraliterary: The Making of Bad Readers in Postwar America (Chicago: University of Chicago Press, 2017), Collective Criticism (forthcoming in 2019 from Columbia University Press), and The Personality Brokers (Doubleday: New York, 2018), which was selected as one of the best books of 2018 by the New York Times, NPR, the Economist, and the Spectator. Her work has appeared in venues ranging from The New York Review of Books, London Review of Books, Harper’s, and The New York Times Magazine to American Literature, American Literary History, and Modernism/modernity.

Bilkent University, Program in Cultures, Civilizations & Ideas will be hosting a talk by:

Greek drama originated at the Dionysia in Athens in the late 6th century BCE, but spread widely across the Greek-speaking world during the 4th century BCE. In the 3rd century BCE, new associations of musicians, poets, and actors, the Technitai of Dionysus, formed, and quickly became a powerful force at the festivals, negotiating with cities and rulers in the interests of their members. Performers, benefactors, spectators, and the buyers and sellers who crowded festival markets all had something to gain from their participation in these cultural events. This talk concerns the history of the Greek dramatic festivals in Roman Asia Minor, from the second century BCE through the collapse of the festivals in Late Antiquity, exploring the long-lived vitality of the festivals in Asia Minor, the unique evidence that comes from this region, and the social, economic, and political forces which shaped the institutions which supported the performance of drama for so many hundreds of years.

Mali Skotheim completed her PhD at Princeton University in 2016, with a dissertation titled, “The Greek Dramatic Festivals under the Roman Empire.” She is currently preparing a book manuscript on the topic, covering the history of Greek dramatic performance in the Roman era, from 200 BCE to 517 CE. Her research has been generously supported by the American Academy in Rome, the American School of Classical Studies at Athens, the University of Wisconsin-Madison, and currently by a fellowship from the National Endowment for the Humanities at the American Research Institute in Turkey. Her next book project is on ancient pantomime dance from its origins in the first century BCE through its afterlife in 18th century ballet. In the Iliad Zeus must thread his way between both divine and human resistance to accomplish his plan, as announced in the fifth line of the poem, a plan that is more complex than generally assumed.  He must, above all, deal with the various factions on Olympus, pro and anti-Trojan, and shows himself to be a masterful leader, who can co-opt, manipulate, exploit, and, if necessary, coerce his opponents, and from whom important political lessons can be drawn. Seeing Troy: Visualizing the Trojan Battlefield in the Iliad:

The Battle Books of the Iliad (Books 12-17) are often skipped because they seem to simply list a random series of deaths, but the poet has actually visualized the battlefield, and has not only kept track of his over 350 characters, but also demonstrated that the ebb and flow of the battles displays strategic coherence.  Once we grasp the poet’s technique, several puzzling but crucial events, like the significance of Sarpedon’s breakthrough, Patroclus’ decision to attack Troy that leads to his doom, and why Achilles is unaware of Patroclus’ death make sense. 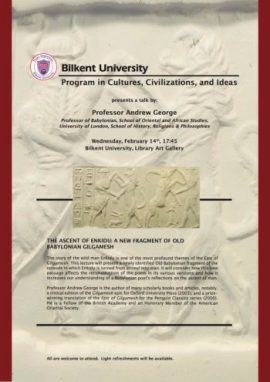 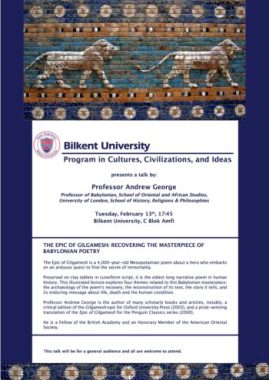