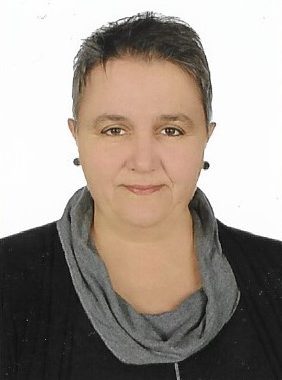 On the basis of 2019 call evaluations, Dr. Alev Çınar from Political Science and Public Administration department has been awarded MSCA global fellowship grant for three years. This global fellowship project titled “The Islamic Intellectual Field and Political Theorizing in Turkey: Toward an Anthropology of Political Thought” will be jointly carried out in Bilkent University and Stanford University.

This project examines the intellectual foundations of Islam-based political movements by studying the Islamic intellectual field in Turkey through leading non-academic periodicals specializing in political thought published since the 1990s. This intellectual field is formed around predominantly non-academic institutes, foundations, and publishers that collectively produce hundreds of journals and magazines, publish books, offer courses, organize conferences, lecture series, and other similar activity. This field brings together both classical and contemporary Turkish, Islamic and Western intellectual traditions, to produce a wide variety of political perspectives, ranging from traditionalist Muslim conservatism to Islamist progressivism, or Islamic statism to Muslim anarchism, which are articulated and discussed in numerous periodicals and publications that address issues and themes common to political theory. The project will bring together themes unique to political theory with anthropological methods to define and develop the anthropology of political thought as a new field of inquiry that applies to different contexts where an intellectual field can be studied as a site of political theorizing in relation to its socio-political context. Through textual analysis of a select group of leading periodicals, and an intellectual ethnography of leading writers and publishers in these journals, I seek to acquire in-depth knowledge and insight on the main philosophical and ideological features of these intellectual movements, with a particular focus on the Islamist-conservative divide. I will also determine how these schools of thought interact with their political, social, global and intellectual milieu to shape and influence existing Islam-based political movements, ideologies, groups, identities, public debates, and the overall language of politics within which these take shape. This interdisciplinary project aims to make significant contributions to the fields of political anthropology, anthropology of Islam, global intellectual history, Islamic studies, and Turkish studies.